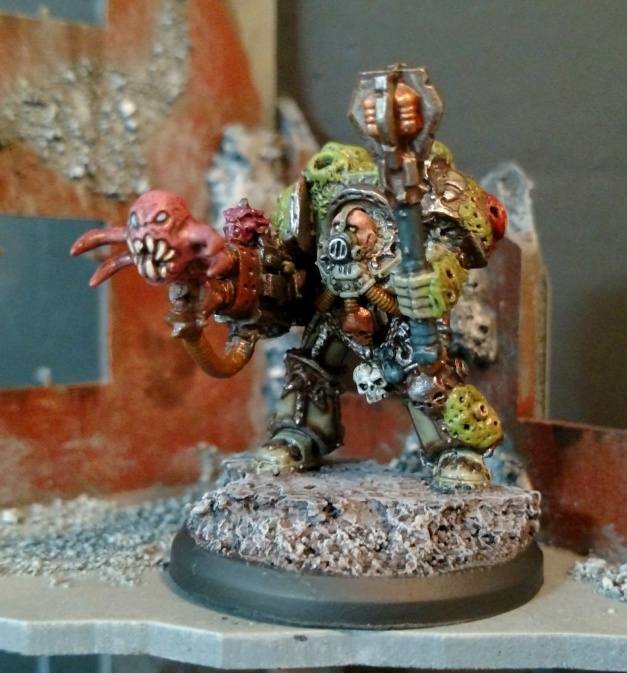 The new Death Guard book includes an entry on the Blightlord Terminators (and if that’s not a heavy metal band name, I don’t know what is). These are the vile, pustulent veterans of the Death Guard warbands who wear the baroque Terminator armor.

Game Workshop released a fantastic plastic kit for these guys, but I had other ideas. I had recently acquired a handful of old-school metal Chaos Terminators and I wanted to try my hand at turning them into a squad of Blightlords. This involved a bunch of head swaps (using the fantastic, scrappy sci-fi heads from Pig Iron Productions) and weapon conversions, along with a LOT of green stuff.

(Sidenote: As a player who got into 40k in the mid-90s, during the golden age of custom modeling and do-it-yourself builds, it was more than a little heartbreaking to see absolutely zero mention of green stuff in the new Death Guard codex. There were a couple off-handed mentions of custom conversions in the book, but overall the content was very much geared toward getting you to buy the new Death Guard models, rather than converting your own. The end of an era, I’m afraid.)

Anyway, I converted my own. Ha!

I think they’re certainly passable, though of course they’re not nearly as crisp and packed with detail like the new Blightlord kit. But (in my opinion) they have a lot more character, and they’re “mine” in a way that goes beyond just the paintjob. 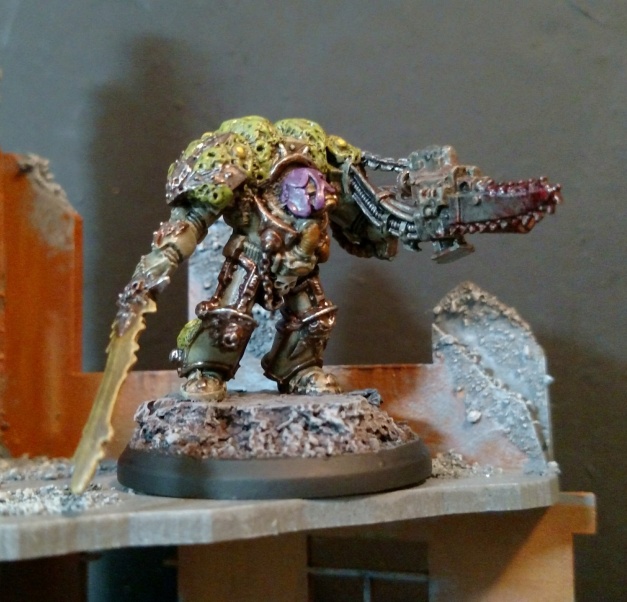 And now, time for a confession. This was my first time ever working with green stuff in such a sustained manner. In the past I’ve just used it to fill gaps and maybe repair a very basic detail. For these guys, I built the hulking plague vents on top of their shoulders and added patches of rot and putrescence all over their armor. It was very challenging work, and I constantly doubted my capability (particularly when working with such beloved old models!).

These guys were lots of fun to model, even if my green stuff work did end up looking a bit amateurish. No way get better without practice, though! 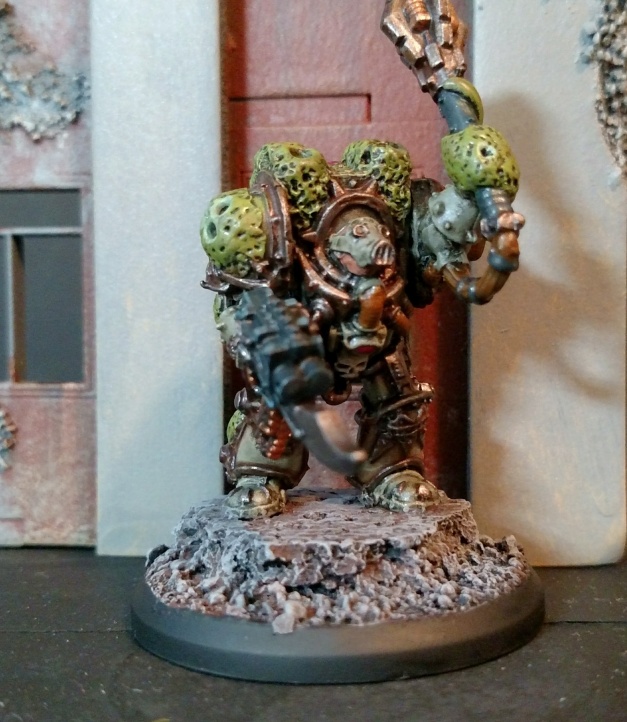 So I have my own Blightlords. Heck, they’re so different than the “stock” Blightlords that maybe I’ll have to come up with a new name for them when they hit the battlefield. Gravewurms? Plague Prophets? Something else? Leave a comment with your suggestion!