Posted by Comradepatrick on October 31, 2018
Posted in: Posts. Tagged: 40k, caluphel, campaign, club, project, sci-fi. Leave a comment
In between sunning himself on the beach in Hawaii, John found time to put pen to paper and fill in some details for the Juventius Sub-Sector, which is home to his Imperial splinter faction in our Caluphel Awakenings campaign. Sprinkled in among his ramblings are some photos of his various miniatures in action. Read on! 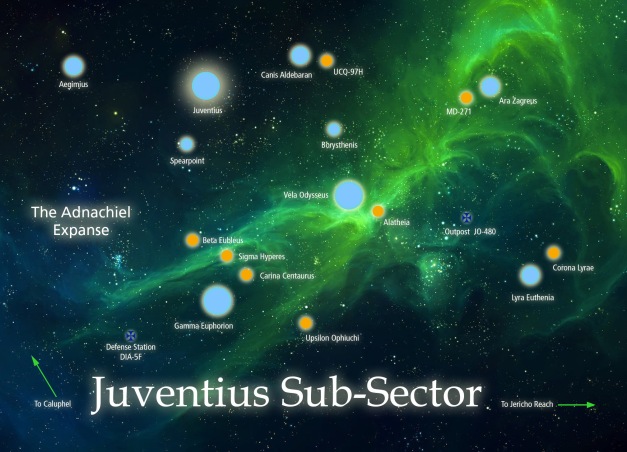 The trade magnates of Vela Odysseus Prime have long chafed under the burden of imperial tithes and regulations. During the Departure, they executed the imperial governor onboard his escape craft, and established themselves as the Independent Systems of Juventius ruling council. The replacement government sprang into place and functioned so quickly that rumors abound of a long-simmering coup conspiracy.

As they control the sub-sector’s largest trade hub, the ISJ council marshals its vast wealth to retain and equip the Juventius Free Regiment and project its authority to nearby systems. The council claims sovereignty over all its nearest neighbors, and sits poised to contend with the imperial holdovers of Juventius Prime for control of the entire sub-sector.

The planet itself feeds most nearby systems with crops of extraordinary variety and abundance. The elites reside in country estates surrounded by their land holdings and plantation menials, but the rest of Vela Odysseus Prime’s several billion inhabitants live stuffed into a handful of massive port hives. These hives power the administrative engine of the agricultural commodities trade, while orbital port stations transit billions of tons of trade goods of every description.

During the brutal fighting of the Departure many refugees from throughout the sub-sector fled to Vela Odysseus. The ISJ council has re-purposed several enormous livestock warehouses into refugee districts, straining their capacity. Protests over the horrid living conditions will soon threaten peace and prosperity if the council fails to resettle these refugees soon. 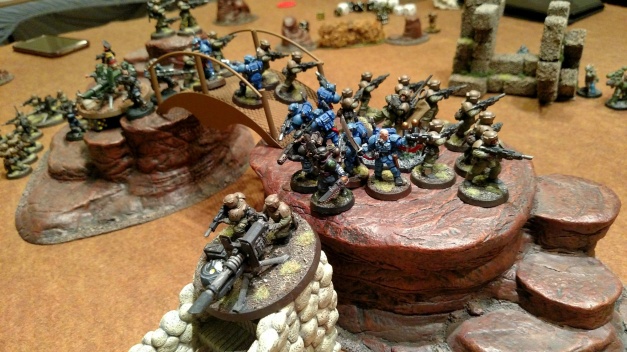 GE-I once thrived as a shrine world dedicated to Saint Euphrati Keeler. Pilgrims traveled there from across Caluphel sector to meditate and reflect upon the power of St. Keeler’s faith in the immortal God-Emperor. The religious zeal inspired by her legacy prompted most inhabitants of GE-I to join the doomed exodus of the Departure, and those who remained fell into despair.

GE-I saw an explosion of home-grown religious cults, most built upon tenets of nihilistic hedonism. Seeing an opportunity, various trade magnates of Vela Odysseus financed the most successful and industrious of these cults to establish pleasure resorts among the abandoned scenic shrines and monasteries. These quasi-spiritual retreats provide fleeting solace from these dark times, for those who can afford it.

At least one pleasure cult serves as a front for the swelling genestealer cult on nearby Gamma Euphorion Secondus. Some wealthy elites from nearby systems have already converted, and if left unchecked this cult will spread its foul influence wide and deep. 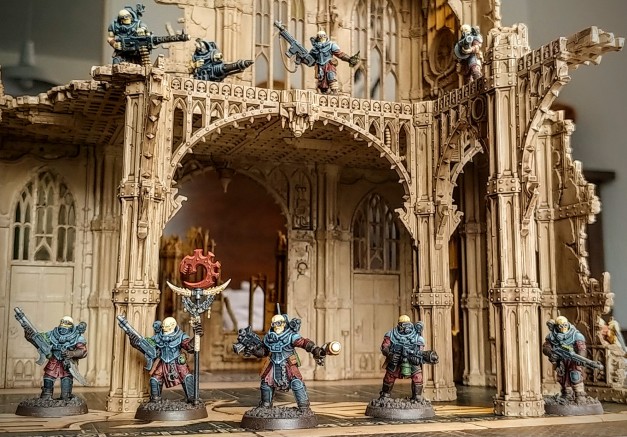 If any remaining inhabitants of GE-II don’t yet belong to the genestealer cult known as The Rapture, they keep that fact to themselves. The Rapture has infested the desperate hab-slums of this heavy mining world for decades, and seized the opportunity for total control of the planet as soon as the Departure offered it.

GE-II offers excellent access to war materials, and The Rapture has dispatched well-equipped contingents all over Juventius sub-sector, and even to nearby sub-sectors. Posing as one of the pleasure cults lately sprouting up everywhere, they aim to welcome the Star Children to Caluphel sector on an unprecedented scale.

Once the local seat of Imperial power, Juventius Prime now hosts the self-styled Imperial Stewardship, which claims sovereignty over the entire subsector on behalf of the Emperor. Those in power on Juventius Prime consider themselves His loyal subjects. They deny to the planet’s citizens that they barely escaped Exterminatus for heresy during the Departure.

Juventius Prime features a temperate climate and several large oceans and continents. Humans settled there long ago, and have urbanized most terrestrial surfaces. Among the vast cities one will find administratum palaces, hive sprawls, factoriums, and all the other landmarks of a bastion of the imperium mindset.

Of particular note, a former Ordo Tempestus academy continues to operate training grounds scattered among the harshest regions of the planet. The academy indoctrinates new Scions for the remnants of the renowned Righteous Raptors Rapid Reaction Regiment, and also identifies exceptional veterans and guardsmen for transfer to this elite mobile strike force.

Lately, Raptors deploy constantly to Imperium holdings everywhere in Juventius sub-sector. Independence uprisings and other heretical disturbances gain momentum without the firm guidance of Terra and her teeming hosts of bayoneted lasguns. Despite this, Stewardship high command has dispatched a full Wing of Raptors to Caluphel in response to dire portents detected there. 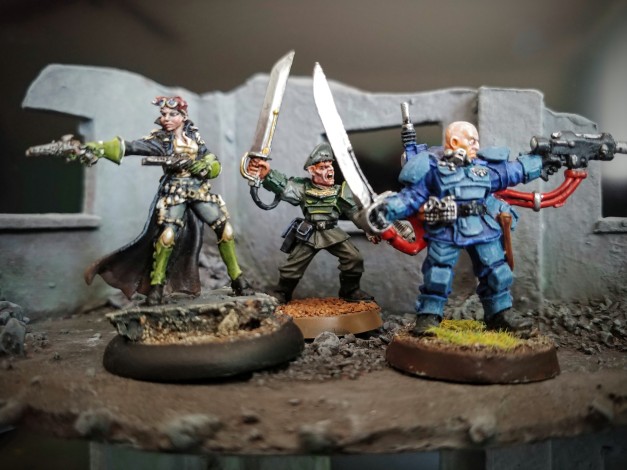 Sometimes, Juventius governments see fit to bestow clemency upon their convicts, and consign them to the labor pits of Rehabilitation Planet UCQ-97H-1 in lieu of execution. Arid and rocky, UCQ-97H-1 barely supports its few million inhabitants.

The weak starve, and prometheum production would collapse if not for the constant influx of new arrivals. Those cunning and brutal enough to survive their first weeks may live long enough to take charge of a mine or refinery.

Thus, the convicts of the pits govern themselves, largely ignored so long as they maintain their meager production quotas and make no attempt to leave.

Nonetheless, every few years some gang or movement rises up with thoughts of fleeing UCQ-97H-1 or seizing its few assets for themselves. For those incidents, Juventius Prime garrisons a large orbital strike force at lunar warden station Benevolence. When faced with insurrection, these “Justice Hawks” descend in surgical strikes to deliver swift and total correction to their misguided charges.

Though UCQ-97H-1 itself offers little of consequence to the sub-sector, Benevolence functions as a key training deployment for Juventius Prime’s renowned Righteous Raptors Rapid Reaction Regiment. Most academy graduates serve their first tours with the Justice Hawks, and only upon grav-chute dropping into the pits do new Scions truly “earn their talons.”

Before the Departure, new inmates arrived to the pits at roughly the same rate as extant ones died off. Lately, inbound prison transports arrive more and more often, and the gang bosses struggle to maintain their stranglehold over everyone else. Some worry about an unprecedented planet-wide revolt, perhaps only a single rallying cry away.