Let’s lead off with this stunning and atmospheric photo of a lone Leman Russ, silhouetted against the darkening sky. 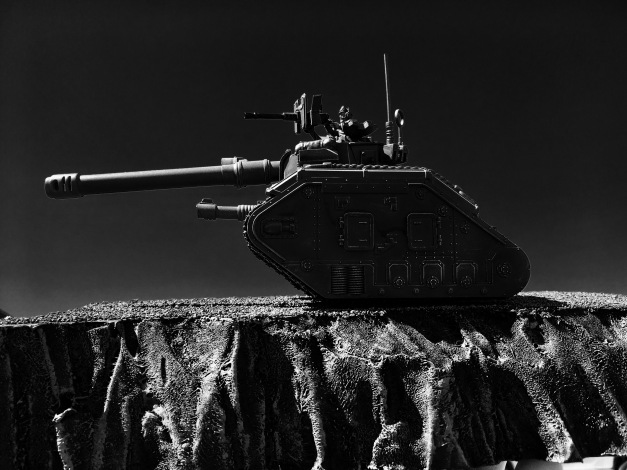 Oh, you want more? Jim’s got you covered. Check this out.

Not good enough? Maybe you want to see a superheavy? Feast your eyes on Big Papa.

Just amazing work from Jim. And so much of it — he’s been working on this army off and on since 1997! 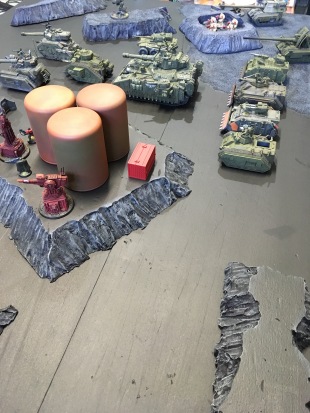 Anyway, here’s the lore he came up with.

The 42nd Auxiliary Armored Fist Relief Battalion is an ad hoc fighting force made up from survivors of Imperial battle fleets forced out of the warp after the catastrophic advent of the Cicatrix Maledictum — the great warp storm that rent the galaxy asunder and ushered in a new dark age for the Imperium of Man.

In the chaos that followed the warp storm, fragmented Imperial Guard units on the Eastern Fringe found their way to Caluphel Prime, where a motley collection of strike cruisers and troop transports anchored in high orbit and considered their options. Virtually no senior officers survived the journey, leaving this ad hoc battalion mostly leaderless, even as it faces the gathering storm on Caluphel.

A temporary leader arose — a Knight Commander named Argos. He was chosen from among his peers to lead a reactionary armored force to the planet’s surface. Of Argos, not much is known — either of the man himself, nor the legend that he may become. 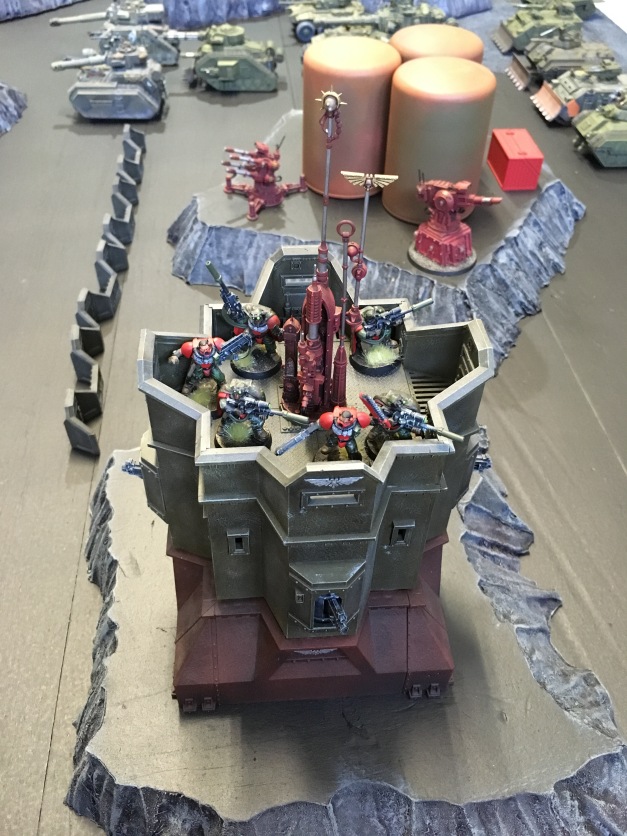